The mental effects of carrying excess weight – and obesity – can be destructive. Heavy people are commonly made fun of by others whose weight is considered normal. Jokes poking fun at overweight and obese people are widespread in our society. They are often forced to endure a tirade of abuse and snide comments as well as subtle social discriminations. As a result, they sometimes suffer from low self-esteem, can feel inadequate and are frequently considered as the source of their own problem.

Every social situation is, or can be, awkward for people with obesity. Going to the beach or to public swimming pools, because they wear clothes that are more revealing, becomes a difficult occasion. Those who decide to play competitive sports they often experience the degradation of being the last ones chosen for teams. During school, obese or overweight children tend to perform worse academically than normal weight peers – they also tend to have lower grade point averages. When they finally leave school, there is often more difficulty gaining acceptance into college and securing jobs and future promotions. It is no wonder that over time these life experiences lead to poor self esteem and self-confidence. So starts a vicious cycle of social isolation, emotional withdrawal, and more overeating, caused by depression, inactivity, and quite often leading to further weight gain.

Body image distortion and general body dissatisfaction suffered by obese and overweight people have been implicated in the occurrence of negative self-worth, so tend to act as risk factors toward the development of depression, not to mention more abnormal eating behaviors. Body image can be affected and partly shaped by cultural beliefs and values regarding attractiveness.

Many obese people like to blame their overweight on medical conditions such as thyroid disease. As it happens, less than one percent of the overweight or obese have a real hormonal imbalance, or any other medical condition. While no one reason completely gets to the root cause of the phenomenon, the likely surface causes arise from such things as poor nutrition, bad eating habits, lack of exercise.

Of course there are many things an obese or overweight person could do to improve his or her self-esteem. For starters they can seek out the advice of their general practitioner to determine just how serious the problem is, or if there really is a problem at all. Everyone is built differently and some of those who appear overweight when compared to family and friends are really normal.

The overweight person needs to learn be kind to him-or-herself. Don’t beat yourself up because you have a weight problem. Take a few minutes to think of the things that you are good at, or the good characteristics you possess. Realize that when people treat you badly because of your weight, that the problem lies with them. No one should ever treat anyone badly because of their weight, or for any other physical problem that a person might have. Doing so is just plain rude and mean. Other people seem to be constantly reminding the overweight person that they “shouldn’t be eating that” or that “all you need to do is….”. They can make an overweight person feel badly too, but they mean well and are trying to help, however misguided their actions may be.

People with too much excess weight must bear the responsibility to shield themselves from the harm, physical and psychological brought about by being heavy. By establishing healthy eating and exercise patterns, they can defeat this enemy so that they can live and enjoy life without the burden of being weighted down because of being bigger than the normal size. 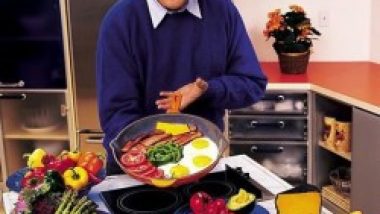 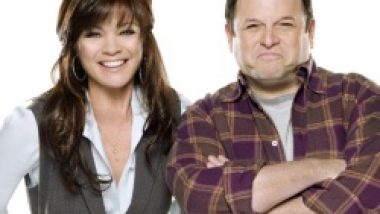