Since first appearing in 1972, some millions of people have conquered their battle with obesity and heart disease, utilizing the Atkins Diet Plan. According to Dr. Atkins, the diet is also good for dealing with many health issues including such issues as headaches, blood sugar disorders, poor or lethargic metabolism, food intolerance, allergies, and other such health concerns

Even though the main reason why people turn to Atkins Diet is because it appears to offer fast weight loss, many people with high cholesterol, hypertension, diabetes and polycystic ovarian syndrome have reported that they feel more energetic than they have in years after one week on the Atkins Diet.

In spite of the fact that health specialists were suggesting foods low in fat and high in carbohydrates, the Atkins diet advises that individuals who wish to achieve weight loss should do the exact opposite. The principle of the Atkins diet is to get about 66% of your daily calories from fat and to eat meat and cheese rather than bread, pasta, fruits, and vegetables. Instead of carbohydrate and sugar, the Atkins Diet Plan highly recommends fat and protein. The plan clearly favors animal proteins; for that reason, it will be tough for vegans to follow.

But Is It Safe?

A lot of nutritionists and healthcare experts have blatantly objected to Atkins’ philosophy on losing weight, since they think that consuming limitless quantities of fat, especially the saturated fat in meat products, can magnify the chances of getting cardiac disorders.

They further state that a diet which restricts carbohydrates, prompting the body to depend on fat or muscle for body fuel, can be detrimental. A side product, referred to as ketones, is manufactured when our body uses fat as fuel. Ketones suppress appetite, but they can also cause fatigue, nausea, and a potentially perilous fluid loss. Anybody who has blood sugar, heart, or kidney disorders is well advised to consult their doctor before carrying out any diet that is low in carbohydrates.

The downsides of the Atkins Diet Plan are halitosis, and constipation because of the low-fiber diet.

Many people sometimes find the diet difficult to stick to at first, in addition to the need to make important behavior modifications to get the best out of the Atkins plan.

Considerable research on healthy populations shows us that we should eat more fruits, vegetables and whole grains. Limiting these foods for the sake of losing weight can result in health issues in the long term.

However, in spite of the negative comments about it, Atkins has lead to a favorable outcome for a lot of people, and has led to not only a meaningful loss of weight but good health as well.

Studies have been published comparing the effectiveness of the Atkins diet versus a standard low-fat, low-calorie diet in two of the most reputable Medical Journals, The New England Journal of Medicine, and Annals of Internal Medicine. The findings were indeed surprising, in that several heart disease indicators were found to have actually improved in the participants following the Atkins diet. There was a much larger decrease in serum triglyceride levels as compared to the low fat group, and a greater increase in serum HDL (good cholesterol) than the low-fat group. Both groups saw similar reductions in LDL cholesterol (bad cholesterol) and overall total cholesterol levels. In addition, at the end of one year, both groups had achieved similar levels of weight loss. 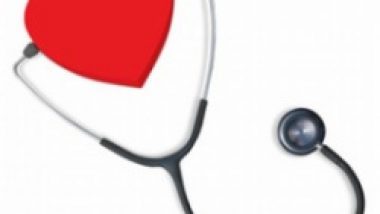