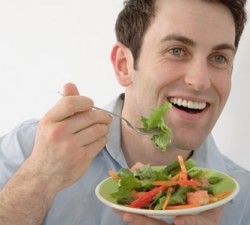 When you think of cholesterol, you probably think of clogged-up arteries. But it does so much more than that. Cholesterol is essential to a person’s overall health and bodily functions.

Cholesterol, which is a kind of lipid, serves as an energy source in the form of body fat. It also forms part of the cell membrane of every cell in our body. Simply because it’s a hard body fat, it gives the membranes rigidity and stability. It also builds, repairs, and holds cells together. It regulates membrane fluidity over the range of physiological temperatures. Within the cell membrane, it functions in intracellular transport and nerve conduction.

Cholesterol is found in large amounts in the brain, nerve tissues, and liver. It is utilized to create steroid hormones including cortisol, cortisone, and aldosterone in the adrenal glands, and the sex hormones progesterone, estrogen, and testosterone, which is why people who are being prescribed with cholesterol-lowering drugs are worried that sexual functions may diminish.

The hormone aldosterone regulates water and sodium balance in our body and is created out of cholesterol. Cortisol is a hormone that regulates metabolism, suppresses inflammation, and is produced as a response to stress. This may be the reason why people who have high cholesterol levels are advised to relax because when one is under chronic stress the body manufactures a lot more of cholesterol.

Cholesterol is essential for the function of serotonin receptors in the brain. Serotonin is a chemical that assists protect us from depression. A number of studies have shown that low cholesterol levels are associated with depression and violent behavior.

Cholesterol may be the primary body fat found in the myelin sheath, which coats our nerve cells and enables electrical impulses to occur in our brain and spinal cord. A healthy myelin sheath is needed for good concentration, fast learning, and sharp memory.

Cholesterol is also an intermediate compound from which the body synthesizes the bile acids cholic and chenodeoxycholic, which aid in digestion and with the absorption of dietary fats and fat soluble vitamins from food. This may be the major route of exit of cholesterol from our body. Bile is secreted into our intestines and leaves the body in bowel movements.

Cholesterol in the skin covers and protects us from dehydration and also the drying effects of external elements. It assists in keeping the skin looking plump and wrinkle-free. Cholesterol has a role in wound healing, as high amounts of it are discovered in scar tissue. Also, the cholesterol in skin may be the precursor of 7-dehydrocholesterol, which is ultimately converted to vitamin D. Vitamin D boosts the immune system and assists in keeping the blood pressure normal. Getting a bit of sunlight on the skin can help lower cholesterol levels by facilitating its conversion into vitamin D.

Recently, cholesterol has been implicated in cell signalling processes, assisting in the creation of lipid rafts in the plasma membrane.

Some research even denotes that cholesterol also acts as an antioxidant because it assists in transporting fat soluble antioxidants around our body, such as vitamin E, vitamin A and several antioxidant enzymes. 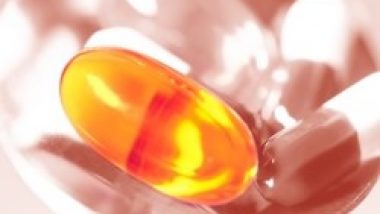