The Day the Laughter Stopped: An Account of Autism in Infancy and the Toddler Years 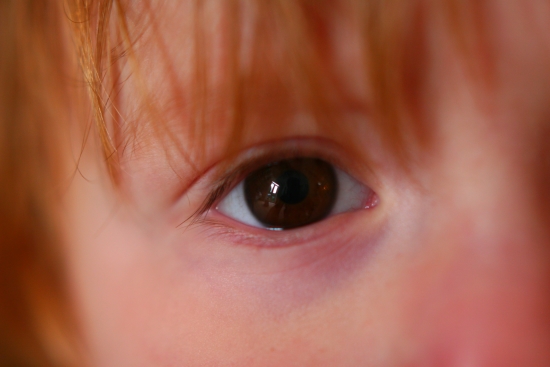 As a first-time parent to a little boy, there were two things I heard a lot from others. The first was that first-time parents are too anxious and nervous about everything. The second was that boys always develop later than girls and boys were often “lazy” about things like talking. However, I thought I was prepared. I had read all of the books on attachment parenting and raising boys. I grew up with several siblings and also did a lot of baby-sitting. I worked with children in college. Looking back though, I know that none of that truly prepared me for raising my son.

The First Year
After a couple of days, I was able to bring my beautiful son home. All of the pregnancy and labor complications were worth just getting to hold this perfect, sweet little bundle. I was in love with him almost instantly. Soon though, I began to feel like maybe the feeling wasn’t mutual. It only took weeks before the intense crying set in. It was so intense that the pediatrician diagnosed my son with colic. The doctor said it would last a month or two, but it continued for several hours a day for months. The only thing that ever soothed him was not breastfeeding or being rocked, but the sound of running water. For hours, we would sit with him in the bathroom with the faucet running just to get him to stop screaming long enough to eat and sleep. When he was eating and sleeping, he was the cutest and most darling thing I had ever laid eyes on.

As the months went on, my son continued to grow and play. He’d bat at toys we hung on his carseat or would take toy cars and move them back and forth. I started to have a nagging feeling that something just wasn’t right though. My son never looked at me. When he was nursing, he’d always look straight ahead or off into space. I’d see commercials of mothers feeding babies and there was always this sweet eye contact and bonding, but with my son, I was looking at him and he’d look like he was in a daze. When I’d play peek-a-boo with him, he wouldn’t react. I also noticed that the play mirror I put in his crib was never played with. He never looked in the mirror and stared at it like other babies I knew. He seemed completely unaware of other human faces while most babies I knew were completely fascinated by them.

What my son lacked in eye contact and non-verbal communication, he gained in verbal communication. By 11 months old, he had over two dozen words. When all I had heard was “boys talk later than girls”, the fact that my son was a chatterbox was completely unexpected and a very welcome surprise. While I couldn’t get him interested in patty-cake or peek-a-boo, he could name objects, talk and giggle.

The Day the Laughter Stopped 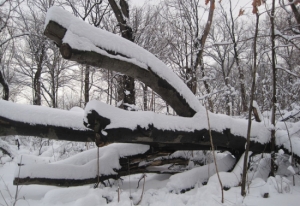 The day everything changed is one I’ll never forget. My son had just turned 12 months old a few weeks before. There was a big ice storm that day and the electricity had gone out. Trees and buildings were damaged and the news station told us not to go out because it was a Level 3 snow emergency. We had big plans for that day, but instead, we spent the day playing with toy cars and snuggling under blankets. Like every day, our son ran to the back door to see the backyard, one of his favorite places to play. As soon as he looked outside, he saw the massive walnut tree in our backyard. It had been heavily destroyed and a large part of it was laying across the backyard, crushing the fence and outdoor toys.

My son was crushed as he looked outside and yelled “Tree! Tree!” He then started crying. He began kicking and screaming and tantruming. Then, he took his head and began banging it on the floor and wall. All I could do was stare in confusion. This reaction was far above and beyond what I would have expected. Why was my 18 pound son sitting here hitting his head on the wall and screaming over a fallen tree?

What I didn’t realize during that incident was that was the last time I would hear my son talk for years. After that, everything out of his mouth was a high pitched scream or a long tantrum. I took my son to the pediatrician a few weeks later and the first thing the doctor said was “Give him time. Boys talk later than girls.” Of course he’d say that. Except I knew that boys didn’t start talking and then stop. He knew how to talk and he was good at it. And then he stopped and he screamed. He lost all ability to tell me what he wanted. But when he didn’t get it, he would let me know by screaming and throwing his toys. He would also hit his head on whatever he could find, whether it was the wall or the brick fireplace.

Cars in a Line and Befriending a Vacuum
A year later, my son was still screaming and hitting his head. He still didn’t interact with us. Whenever we would go to playgroups, the other parents would comment about how good my son was because he would sit in one place and play with the same toy for hours or he would pour water back and forth between two cups for the entire playdate. All I wanted to do was see him get up and run with the other kids. Why did other parents want their children to sit in one spot staring at pouring water for hours? This wasn’t what I would consider to be good.

At two years old, my son’s favorite game was “cars in a line”. It was a game he made me play every single night. Instead of driving toy cars around on a track, he instead insisted that we took all of his toy cars and lined them up side-by-side going clear across the room. Every night, our living room would become the world’s largest toy car parking lot. It was one of the only games he wanted to play with me, but I did it because after two years he finally wanted to play with another person. So every night before bed, we played “cars in a line”.

It wasn’t long after that before my son made his first friend. However, it wasn’t the type of friend we had hoped for or even expected. My son was obsessed with Dyson vacuum cleaners. He would point out every one he would see in a sales flyer. The day we finally bought one, he hugged it as I took it out of the box. As soon as he stopped hugging the vacuum, he used the ASL sign for “friend” before going back to hug the vacuum. It wasn’t the friend I had hoped my 2 1/2 year old child would make, but he was finally happy.

Seven Scary Words
We had taken him to one doctor or specialist after another but the only diagnosis he received was sensory processing disorder. He was always quiet and calm at appointments though. He never threw objects or hit his head during assessments. He just did that at home it seemed.

One day, that all changed. Because of his sensory processing disorder diagnosis, the county Early Intervention program sent a representative to our house to assess my son every month. One day when the intervention specialist was working with him, something made him angry. He immediately ran over to the fireplace and began banging his head on the bricks. When the specialist and I ran over to stop him, he bolted over to his toy shelf where there were a dozen baskets of toys. He dumped every single box onto the floor before pushing the shelf over. After it was all over, he and I sat on the floor in a tearful huddle when the specialist handed me the phone number of a child psychologist she knew and said those seven words everyone had been afraid to tell me for almost three years.

“I think your son may have autism.” 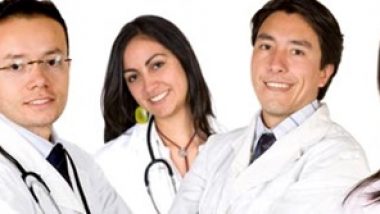 The Mysteries And Wisdom Of Egyptian Dentists