Sleep and Gastric Function in IBS 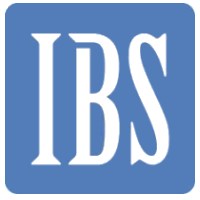 Perhaps the most popular conceptualisation of IBS is that it is a stress-related disorder and that symptoms are generally manifested in the face of intense emotional or psychological stimuli. Furthermore, a wide variety of psychological abnormalities have been described in patients diagnosed with IBS, and several investigators have shown a relation between stressful stimulation and alterations in bowel function.

More recent studies have tended to mitigate the notion of IBS as a psychosomatic disorder, or that psychological stimuli play a major role in the pathogenesis of this condition. Several studies have determined that the symptom complex which defines IBS is present in a substantial portion of normal individuals, and that psychological measures distinguish only those individuals who seek medical care for their symptoms.

Furthermore, Camilleri and Neri have recently reviewed studies attempting to relate stress and alterations in gastrointestinal motility and have concluded that definitive evidence is lacking to establish definitively a relation between stress, motility abnormalities, and IBS; another recent study has shown no consistent relation between daily life stressors and symptoms in patients with IBS.

Studies have shown an alteration in bowel function during sleep and specific sleep disturbances in patients with IBS, suggesting that altered central nervous system (CNS) function may be playing an important role in the pathogenesis of IBS. In a series of studies, Kellow et al demonstrated a relation between small bowel motor abnormalities and symptoms in patients with IBS.

They showed that differences in small bowel motility patterns in patients with IBS and controls are confined to the waking state. They interpreted these findings to implicate CNS arousal in both the symptoms and abnormal motor patterns associated with IBS. Subsequently, Kumar et al described rather remarkable increases in rapid eye movement (REM) sleep in patients with IBS.

These findings inevitably raise the question of whether IBS is a consequence of abnormal function of the CNS. Increases in REM sleep of the magnitude described in this study are extraordinary, and we are unaware of any medical condition, or even pharmacological intervention, which has been documented to produce comparable changes in REM sleep.

The intestines are very sensitive to stress and can exacerbate IBS. Many people with IBS exhibit symptoms of colonic imbalance at times of stress. It has been a popular notion for many years that the manifestations of IBS include emotional and perceptual components which are suggestive of the involvement of not only peripheral but also CNS mechanisms.

It is commonly associated with a nervous disorder and anxiety, and thus a calming affect must be included with any IBS treatment. Relaxation techniques and assist in dealing with stress and settle an irritable bowel. The therapeutic effectiveness of the active compounds in this IBS treatment is unparalleled and substantiated on a global scale.

Very recent advances in the scientific understanding of the medicinal plant extracts in IBS DropsRx suggest a much broader use of natural medicine to provide effective treatment for IBS and other related disorders than science thought possible just ten years ago. IBS DropsRx is concentrated with a wide spectrum of medicinal plant extracts exhibiting effective IBS treatment.

Furthermore, it has shown profound effectiveness as an irritable bowel syndrome treatment method to negate diarrhea. The antispasmodic actions on the intestinal muscles, coupled with the astringent properties and the ability of the extracts to calm the nervous system, creates a pronounced ease of bowel discomfort and quantifiably stops diarrhea.

Today, doctors and scientists have confirmed the substantial IBS treatment value of IBS DropsRx extracts as being stomachic, carminative, and antispasmodic. They have a positive effect on nervous disorders, flatulence and colitis and used for the treatment of IBS. There are few, if any, remedies of greater efficacy in treatment for IBS.